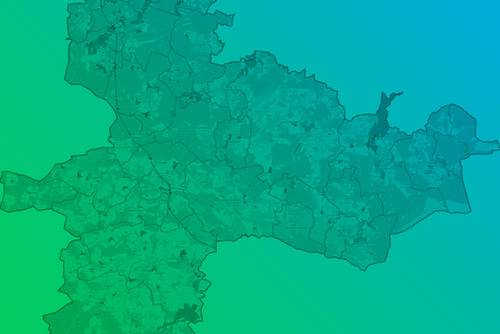 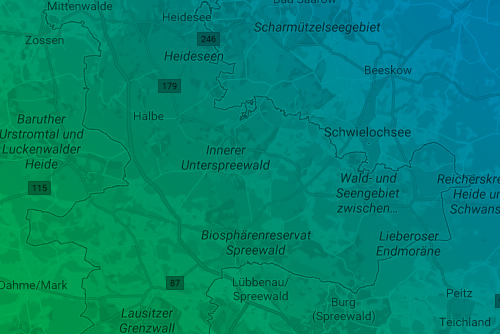 The expansion of broadband in the Dahme-Spreewald district started at the end of March 2019. The district is investing a total of €17.1 million to provide 5,700 households, 170 companies and 62 schools with fast Internet access.

An efficient information and communication technology infrastructure is of enormous importance for the development of the Dahme-Spreewald district as a business location. This targeted expansion offers the opportunity to consolidate and expand our position as an attractive place to live, do business and enjoy leisure. Broadband Internet opens up new markets and services both for citizens and the local economy. A high-performance Internet connection is a decisive location factor in national and global competition, especially as far as the numerous small and medium-sized companies are concerned. It attracts companies and creates new jobs.

Broadband expansion in the Dahme-Spreewald district over recent years has been implemented by network operators as part of their own commercial expansion activities, and also through smaller individual projects undertaken by municipalities with the help of various sources of funding. In addition, regional and ERDF funds from the regional programme “Brandenburg fibre optic 2020” have been used to expand areas with coverage below 6 Mbit/s.

Building on these projects, those areas that continue to be supplied with less than 30 Mbit/s (so-called white next generation access spots) are now to be expanded. This is being implemented as part of the German federal funding program “Subsidies to support the expansion of broadband in the Federal Republic of Germany” through a subsidy for the profitability gap, i.e. the difference between the present value of all revenues and the present value of all costs of network construction and operation is subsidised for a period of seven years.

With the support of the German Federal Ministry of Transport and Digital Infrastructure totalling €8.5 million and the Ministry of Economics and Energy of the State of Brandenburg totalling €6.8 million, the region is investing a total of €17.1 million to secure broadband connections with at least 50 Mbit/s for around 5,700 households and fibre optic connections for 1 Gbit/s for more than 170 companies. In addition, all elementary schools, secondary schools, grammar schools and schools for children with special needs, as well as the sixth-form college and the music school of the Dahme-Spreewald district, will be connected with fibre optics. The aim is that at least 95 percent of households will have a broadband connection by the end of 2020.

After the final funding statements of the federal and regional governments were received, the contract for the subsidised broadband expansion in the Dahme-Spreewald district was signed with Deutsche Telekom GmbH in December 2018. The first construction sites were set up by as early as the end of March 2019.

Locations for faster Internet in future: 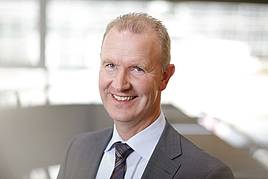 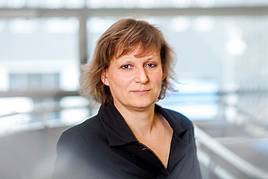